Little Sisters of the Grassland

Little Sisters of the Grassland 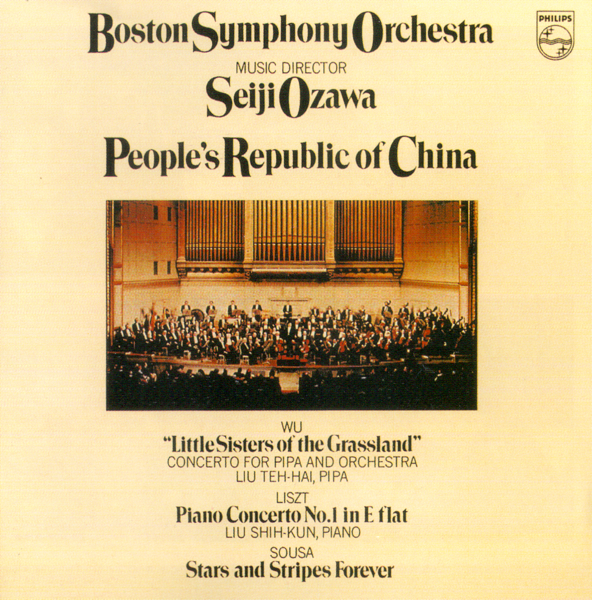 A typical concerto of Chinese style would be the well known Yellow River Piano Concerto and the Butterfly Lovers Violin Concerto. Both of these the solo instrument is a western musical instrument, supported by western symphony orchestra. The Butterfly Lover Concerto probably inspires many to follow the form to compose many concertos based on a legend or a story and the concerto is very often performed without breaks between movements. Very often also is a part where the solo instrument sings with a solo cello. Later date we get Chinese concertos with Chinese orchestra supporting Chinese instrument. There are also few examples with western orchestra supporting Chinese instrument, and one of them is The Little Sisters of the Grass Land.

The Little Sisters of the Grass Land is a Pipa concerto, which will remind most people of the very famous China pipa soloist Liu De Hai （刘德海）. I have a deep impression of this concerto  because I had heard a live performance of it by Liu De Hai in Singapore with Singapore Symphony Orchestra (SSO) probably 2 decades ago.

Like many early concertos written by China composers, this piece was jointly composed by   Wu Zu Qiang （吴祖强）, Wang Yan Qiao （王燕樵）and Liu De Hai. Its first performance was in 1977. The music is about two Mongolian girls protecting their sheeps in a thunder storm. The concerto comprises of 5 parts:  Herding sheep in the prairie, struggling in the storm, moving in the cold darkness, caring from the Party, thousands of red flowers blossoming. The concerto has nice melodies, musical structure is simple and straight forward, a piece easy to appreciate. 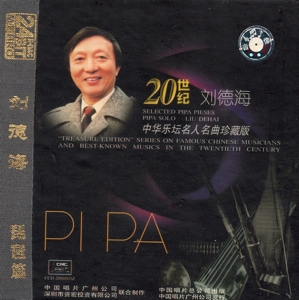 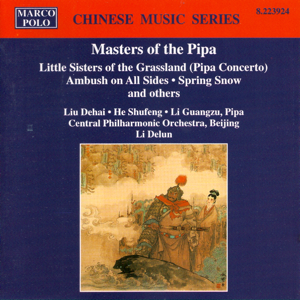 I still can remember in that concert, Liu De Hai encored many more pieces. One of them was Moonlit River in Spring （春江花月夜）. The last note he played in the quiet concert hall seemed to echo so gently and forever!