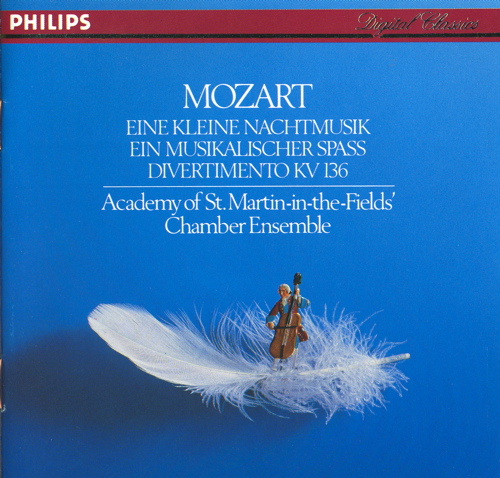 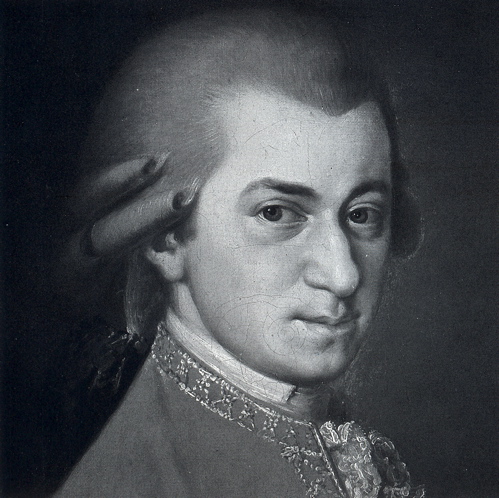 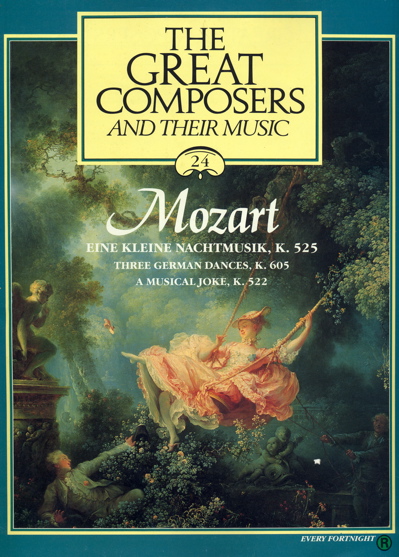 This recording of ‘The Musical Jokes’ by Academy of St. Martin-in-the-Fields chamber ensemble I believe is not common in the market, as ‘The Musical Joke’is unlikely a popular repertoire. Also recorded in this CD are ‘Eine Kleine Nachtmusik’ and ‘Divertimento in D’. Different from many other recordings of Mozart Serenades, these recordings used small ensemble and few instruments, like one first violin, one second violin, one viola, one cello and one double bass. Instrumentation is lean. In ‘The Musical Joke’ we have two violins, one viola, one double bass and two horns. The musical effect is quite different when these pieces are performed by small ensemble and larger scale orchestra. A lean instrumentation sounds more lively, and the sound is clean as every part there is only 1 or 2 instruments. Especially for violins you get to hear very clearly the trios and ornaments.

For those who will be interested to try Mozart’s humour, this is probably a good recording to try out. Maybe you will be laughing out loudly like I did.  : )