Another Step to Perfection:  Sennheiser HD 800 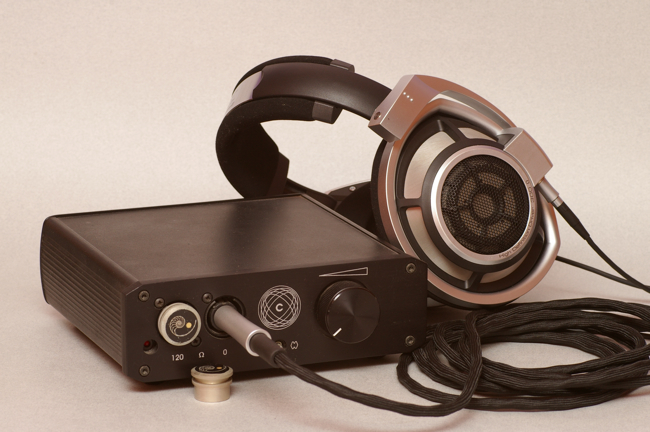 It has been a long time me ‘retired’ from spending for audiophile purposes. Lately I spend more time enjoying the music. Ever since I have kids I have been spending a fair amount of time with headphones. I kept many models when I started with the headphones but finally I keep only the AKG K1000 and the Sennheiser HD 650. My daily trips from home to office and back I use Sennheiser professional DJ headphone HD 25-1. 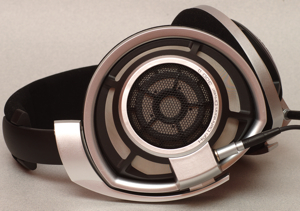 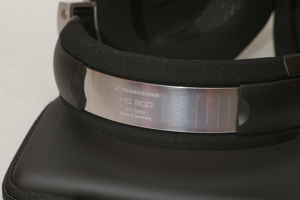 My days were peaceful until a day my friend, who is an editor of his own hifi magazine, came to me with the latest Sennheiser state of the art HD 800.  By the look the HD 800 is the flagship model from any angle. The design is elegant, very different from conventional Sennheiser. The colour scheme is a classy silver and black. The components  used are hand picked and assembled in Germany. So it is not a surprise that it will be selling at a premium price. 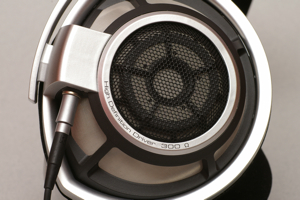 Like all the high end flagship headphones, HD 800 is an open headphone with little noise isolation. The HD 800 has very large ear cups and that leaves ample space around the ears when wearing the headphones. The sound effect is therefore more airy and spacious. Also the spaciousness causes less heat build up at ears for long period listening. 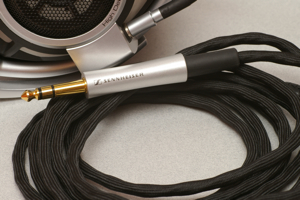 To evaluate the HD 800 I used Marantz SA14 SACD player, Bryston BP 25 preamplifier and German Corda HA-2 headphone amplifier. I could have by-pass the BP25 preamp and connect the SACD output directly to the headamp. But I use the BP25 for few reasons. With the Bryston preamp, I am able to select the source input (currently I am using SA14 and Musical Fidelity A3). Next is the balance connections of SA14 is different from the BP25 standard but the preamp has a phase switch to correct the phase, and then RCA output can be connected to the headamp. Most importantly, my headphone AKG K-1000 is a power sucker.  This headphone is designed to be driven by a small power amplifier. Normal headamp will have a hard time driving the K-1000. So for me I use the higher output from the balance output of the SA-14, and with the signal further amplified by the preamp and the headamp, it is easier to get a good listening volume. However, HD 800 does not need so much trouble but I am too lazy to change the set up for the review.

I am out of this hifi fever for too long already, now need to get back all the audiophile CDs to test the HD 800:  Hugo ‘Tasting Loneliness for the First Time’ SACD, Academy of St Martin-in-the-Fields Rossini String Serenades XRCD, Jazz at the Pawn Shop SACD, Cantate Domino SACD, Carlos Kleiber Beethoven Symphonies 5 and 7 SACD, Renee Fleming’s ‘Beautiful Voice’. 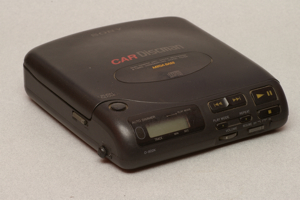 The first encounter with the HD 800 was fine, but nothing outstanding actually. So without further ado, I took out a 1992 Sony D-802K Discman to run in the headphone first. Meanwhile I brought back the HD 650 from office to do an A-B comparison with the HD 800. My HD 650 was fitted with Clou Red cable. Although the headphone impedance of both the HD 600 and the HD 650 is 300 ohm, in my opinion they are headphones that are easy to drive, even by Discman without headphone amp. There are many audiophiles believe the HD 650/600 need a headamp to realise their full potential. The HD 800, however, is quite obvious harder to drive then the HD 650/600. The older generation Discmans are still able to drive it, but the modern ones seems lacking of power. 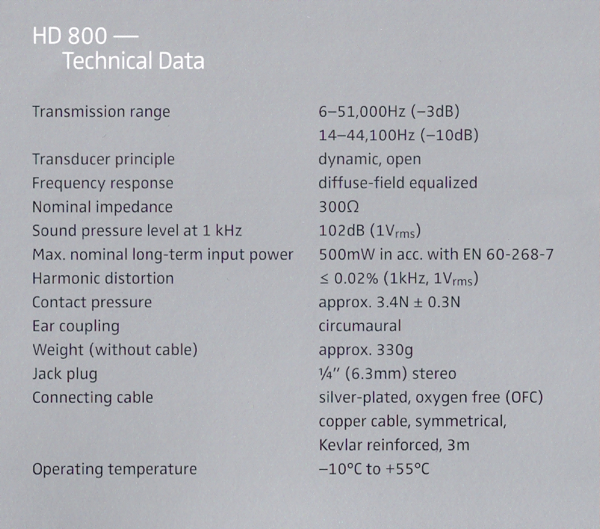 After run in the HD 800 for few hundred hours, I then did a comparison with the HD 650. It was very obvious to me now the HD 800 was much more superior. I was happy, because I am not really an audiophile and with the kind of performance differentiation I will not be having a big headache trying to pin point which is better now!

Basically HD 800 has similar sonic characteristics as the HD 650s, being neutral and gentle. The very neutral and accurate design allows you listening to very true to life high and low frequencies. The main difference between HD 650 and HD 600 is HD 650 is more open and forward, like you are the conductor of an orchestra rather than the audience on the hall. To me HD 800 sounds closer to HD 650.

Comparing to HD 650, HD 800 obviously sounds more spacious, has lower background noise, presents much more details in the lower frequencies. Overall HD 800 presents more  details, but not to an extend that it starts to sound clinical. You can easily differentiate good recordings from the bad ones, but the bad recordings are still listenable with the HD 800!   :D

It is always an enjoyable experience for me using high end Sennheiser headphones for classical music and vocals. The high resolution HD 800 presents a much clearer sound stage and the instruments in a symphony orchestra can be located precisely. With the advantage of SACD format, for classical music even at those very loud passages you will not get all the instruments lumped together and they are still vividly staying apart. As for vocal, the HD 800 and HD 650 perform much the same way, with HD 800 sounds more real. 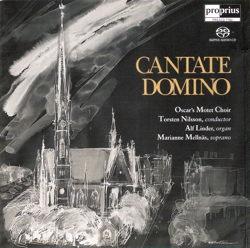 The String Sonatas by Rossini, performed by the Academy of St Martin-in-the-Fields conducted by Neville Marriner, is my favourite XRCD recording.  In almost all the movements, the violin, cello and the double bass will get to solo for many bars and thus is a fantastic recording to test low, mid and high range of an audio equipment. HD 800 being able to present more details, the instruments sounded more real, and even the flipping of the music scores by the musicians sounds so real now. Sound stage is again good for Kleiber’s Beethoven Symphonies 5 and 7 and Cantate Domino. Although the sound stage is not as wide as a speaker system. Listening to 黄红英 performs 往事如昨, her voice is so sweet and gentle and so is the whistling by Hugo boss 易有伍 himself, one of my favourite track in this SACD recording. Also very enjoyable is the climax in This the Last Rose of Summer performed by Renee Fleming. Based on my past experiences with HD 650, I believe when driven by a tube amplifier the HD 800 will sound even better for vocal and in the midrange. 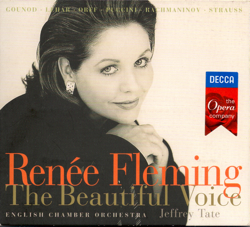 I also tried Jazz at the Pawnshop (track High Life) and again was very satisfied with the performance of HD 800. As I found the sound stage was still not wide enough, I took out Hugo recording 红旗颂 track 节日序曲 and now finally I got very wide sound stage, though it is still not as wide as the speaker system. This recording of Hugo is really one of the few very good large scale symphony orchestra recordings you can get. 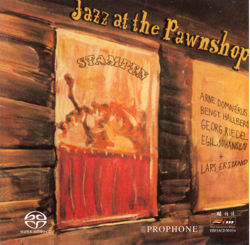 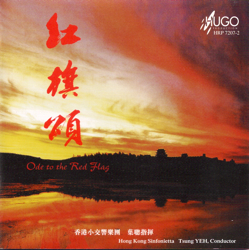 Never really find rock the forte for Sennheiser and I myself do not listen to rock. I am thinking whether the track Stimela performed by Huge Masekela can be considered as rock music or not? Stimela (life recording) was first introduced to me by this same friend of mine. When listening at normal volume I did not find the recording very special. It was one fine day when I was listening to it at my friend’s home with his world class hifi system at very high volume then I realised the power of this recording. Well this is a strange recording. It really sounds normal at low volume and only when it is played loudly on a speaker system, then will you feel the greatness of the performance and the loneliness in the music. I have never had intention to test headphones with this recording but I will just try it out on the HD 800. Although the volume I used was only slightly louder than normal, HD 800 did present the music in a powerful way! 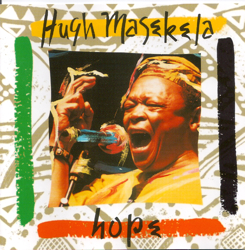 Unfortunately there was a long queue waiting for the HD 800 for reviews and so I had to let it go soon. As it was way better than the HD650, my review was quite easily done and instead I spent more time enjoying music and also trying to compare SACD and XRCD recordings. I would expect SACDs out performed XRCDs easily with HD 800 but to my surprise it was not so on my system. There were some technical issues that made the comparison not so straight forward. The XRCD output seemed to be higher than the SACD, and so for A/B comparison the volume adjustment could make the reference point not totally the same. The Hugo recording 往事如昨, there was different treatment on the vocal part for the XRCD version and the SACD version so that made comparison quite difficult. But overall XRCDs have more meat in the midrange and when listen to vocal, whereas SACDs perform very well for large scale orchestra recordings, and for details in the high and low frequencies range. 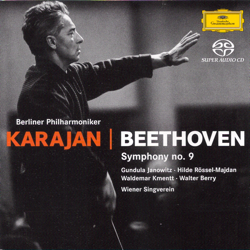 Before the HD 800 was gone I tested it with Karajan’s Beethoven Symphony No. 9 (DG, 1963 SACD version) and I would say this headphone did justice to this great symphony with the last movement so well presented.

Only now I took out the no more in production AKG K1000 to compare with the HD 800. K1000 is priced higher than HD 650 but lower than HD 800. However it is a very different design and it sounds more like ear speakers than a pair of headphones. It has a strong character and I find it not so suitable for vocal but it does produce music with very good power and speaker like. But overall HD 800 is still much better.

And there it goes the HD 800, and what a poison my friend has given me! 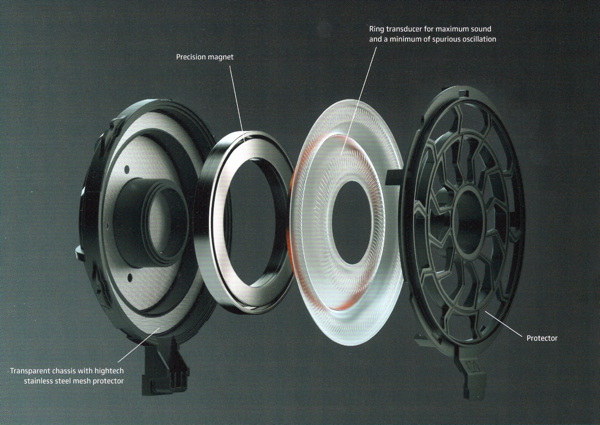 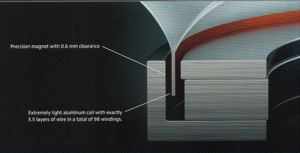