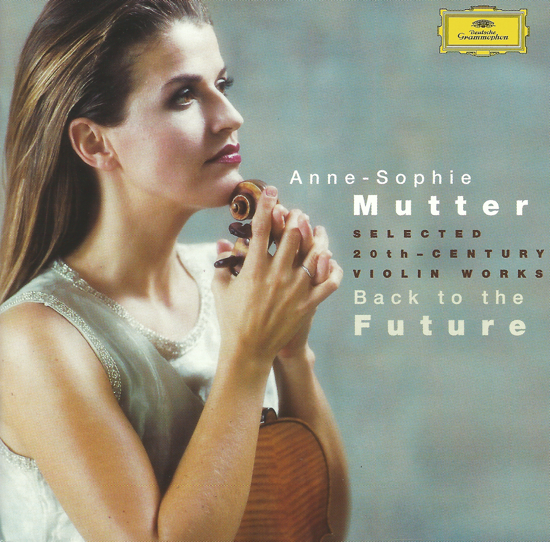 Anne-Sophie Mutter can be said as one of the best classical violinist in the world. Other than technically perfect in playing, which is the norm nowadays for modern violinists, her playing also has a unique style of her own: colourful, different, and with great dynamics. While it is not difficult to tell the violinist based on his style of playing in the older era, where technical perfection is not present, it is quite difficult to differentiate modern soloists, as all are as technical perfect as they can be, but lack of individual character.

My first musical love with Mutter was not that successful. It was her Beethoven Violin Concerto with the great Karajan and the Berliner Philharmoniker.  Her solo violin entrance in the first movement sounded innocent and not articulated. However she did played a very pure and sweet second movement. But that is life. As a musician grows, the style becomes mature and there you lost the youthful pureness and simplicity forever. 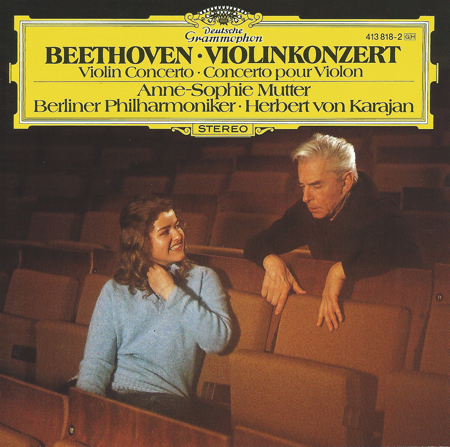 I heard Mutter again in 2000, her 4 CDs album 'Back to the Future'. This album collected her year 2000 spring performances in New York, Frankfurt and Stuttgart.  That series of performances were essentially music written in the 20th century. These music are quite different from the classical music in the romantic and classical era. Composers were trying out different musical forms and musical ideas. It is more on the effect of sound than about nice rhythm. It is about unharmonised chords and difficult rhythm. In symphonies the brass and the woodwind are taking over violins playing the main musical ideas.

'Back to the Future' collected 2nd Sonata and 2nd Violin Concerto by Bartok; the twelve notes violin concerto by Alban Berg; Concerto en re by Stravinsky; Chain 2 by Lutoslawski; four pieces dedicated to Mutter: Metamorphosen by Penderecki; En reve by Moret; Partita by Lutoslawski; and Time Chant by Rihm. Besides, two more pieces that have a closer style to conventional classical music the violin concerto by Sibelius and Tzigane by Ravel.

Today I think audience can easily accept and appreciate these 20th century compositions. But a decade ago I believe not all can accept these musical styles. Mutter somehow put lives and beautiful colour into these modern compositions. In particular her playing of the notes in the very high registers, where she made them sound so virtual and yet so full. This sound effect that she created I find suits very well to these modern pieces. Her advocation of these modern music also seems to affect some of her way of interpretation of classical concertos like her late recordings of Beethoven and Tchaikovsky.

After 'Back to the Future' I started following Mutter's recordings, and since then I believe I have almost all her recordings. I do respect this mother of two being able to peak her career after the death of her first husband when the kids were young. She later married to famous composer/conductor Andre Previn, but unfortunately the marriage did not work out and now they are in separate way. Lately also DG label has made Mutter very beautiful on her CD covers. So when you buy her CD you also get beautiful photos, quite worth it haha!

Music lovers who loves 20th century works, or those who attempting to try these works, I guess Mutter's will not disappoint you with her interpretation in 'Back to the Future'. 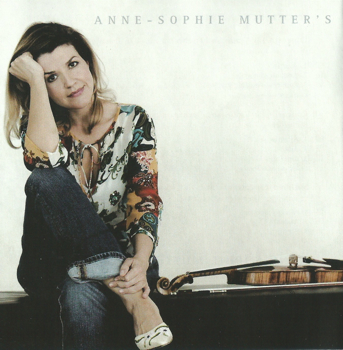 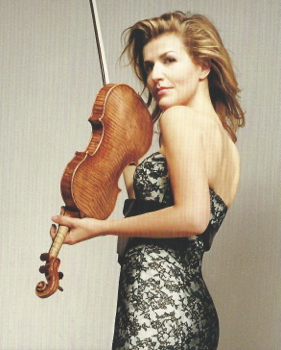