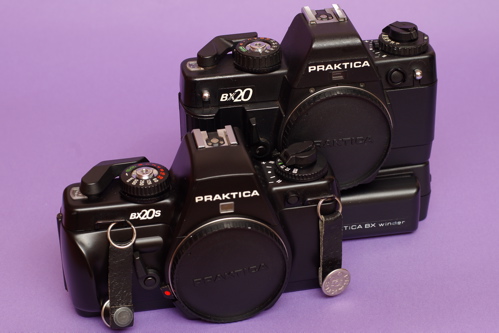 The last generation of the Praktica PB bodies before the death of the SLR system was the BX series of bodies. These series began with a more modern (and plastic) look BX20, followed by the last of the series the BX20s. In these series of bodies flash TTL metering capability was incorporated. Therefore the flash LED in the viewfinder indicated flash ready and flash exposure OK. There was an additional pin on the hot shoe for TTL flash metering. Additional LEDs were also incorporated in the viewfinder indicating exposure override and exposure lock. Interestingly a mechanical indicator was also incorporated into the aperture indication window on shutter winding status, which was provided in the M42 mount MTL series of bodies. In the MTL50 the film wind indicator was a black arrow, whereas in the BX series of bodies the aperture window would appear red when shutter was not wound. 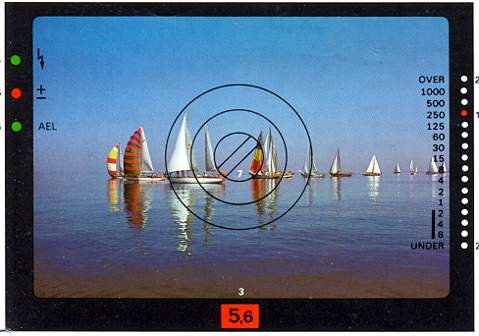 These series of bodies used electronic shutter and there was no more mechanical speed like that in BC1. Also the flash x sync socket was not provided. The BX20s had gone through the East-West Germany unification transition, and the later batch of BX20s had shown great refinement in mechanical tolerances, but no change in features.